Growing up, Griffin Thorne was the most annoying, adorable, and infuriating boy I’d ever met. I told myself I wanted nothing to do with him, but no matter how much I tried to hate him, that crazy boy somehow became my best friend.

As teenagers, we were inseparable. Despite the high school rumors, we never crossed any lines. Friends forever. That was our motto.

Griffin grew up to become a smoking hot firefighter and I got my dream job as the town librarian. Life was perfect. However, when tragedy strikes and we’re forced to move in together, our friendship is put to the biggest test yet.

Do I risk everything for the chance at an epic love? If I follow my heart, I could lose my best friend. But if it works, we could finally get our very own Happily Ever After.

It doesn’t take long to get to Jack’s place. Griffin and he have been working together for years. Jack has always been the biggest flirt and serial dater up until he met Shelby. But in the span of the eighteen months, he met her, got married in Vegas, and had a kid.
It was a quick courtship.
Shelby works as an interior designer on the island. She fixes up huge houses for the rich people who will only use them for a couple of months a year. The cookout this weekend was her idea since starting Monday she’s finally back at work since having their baby, Ava, two months ago. She doesn’t really have any coworkers other than her assistant, Sarah, so Jack invited all the other firefighters and their families over too.
We park on the street along with a half dozen other trucks and a few minivans from the family men. He’s out of the truck and over on my side before I can even get my things together.
“Hand it over,” he demands, his palm up waiting for me to comply.
I play dumb, wide eyes and innocence on my face. “What are you talking about?” I climb down the too big truck, trying desperately not to fall over . . . again.
“The book that’s hiding in your bag, Leni.” He points to the tote bag hanging to my side. “Come on now, give it to me. Easiest way for you not to give in to the desire to hide and read is to remove the temptation.”
“I left my book at home. Remember, you saw me set it down.” I play dumb.
“I’ve known you since we were nine. If you think I don’t know that you have a backup book in that bag, then you’re dead wrong.”
“Ugh!” I sigh dramatically as I pull out my well-loved copy of Emma and place it in his hand. He gently tosses it onto my seat, and I smack his shoulder as he does. He knows better than to throw around my books.
“Great, now the Kindle.” His voice is stern, and I know he means it.
“Seriously? Griffin, this is not cool. I’m a grown woman. I can go a few hours without reading.”
“Sure, you can. But I know you’ll get overwhelmed by the chaos that is definitely happening in there and you’ll retreat to a quiet corner.” He leans in close enough to me that I can smell his subtle cologne and shoves his hand deep into the tote, pulling my Kindle out in one fast swipe.
“Don’t you firefighters take obeying the law seriously?” I snark at him. “Seems to me you’re stealing my possessions and my lifeline.”
“Sue me. Hell, march downtown and file a report with any cop there. Good luck getting them to pursue it. I think they have much bigger fish to fry than me holding onto your electronics while we are at a social gathering. Don’t you think?”
“Grrr,” I growl at him before stomping off toward the gate with him on my heels. Before I can even acknowledge what is happening, he’s caught up to me and has me caged between him and the gate. I work hard to steady my breath, refusing to let him see how his closeness affects me. I feel his hand slide into the back pocket of my overalls. As quick as it’s there, it’s gone, along with my cell phone. The backup to my backup plan.
“I told you, Leni, I know you. You can have this with your Kindle app back on the way home!” he yells out to me as I let the gate behind me slam in front of him.
With a huff, I turn, open the gate, and storm angrily through it. Caught in a fit of laughter, he stands there watching me leave him behind. With the loud sound of the metal gate slamming behind me mixed with the booming laughter coming from Griffin, the party seems to come to a complete standstill.
Great . . . everyone is looking my way and my first instinct is to turn and run. But to prove to him I can do this, I stand tall, throw my long red hair over my shoulder, and march myself over to Shelby. 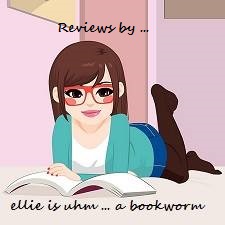 Final Score - 4 Stars!
This was such a sweet story of friends who each had an unrequited love for one another.  Becoming  lovers a difficult prospect for both to imagine, but the development was cute and at time awkward to witness.  In the end, these two proved just how perfect they were for each other!
They knew each other from childhood - starting off as enemies - but grew into an understanding of one another and eventual friendship.  Deeply rooted in them both is their sense of community and each not considering the possibility of leaving the haven of their small town.
Leni, the librarian, practical and yet has deep fear of loosing those she holds close.  Griffin is a fireman, who puts his life on the line everyday.  Of course there are issues with this aspect of his chosen career but it doesn't last - the man is irresistible!  Their love for one another is so pure and innocent, their romance once started is combustible. Wooza!  Secondary character, Grandma Helen,  is a hoot!  By far the funniest character, especially when little Mikaela enters a scene.  Everyone wishes they had a cool Nan like Helen or a precocious child like Mikaela! And Parker is the friend who keeps it real and makes you see things you don't want.  These characters were adorable to read.

About Miranda
Miranda is a loving wife and barely surviving mother of three occasionally good kids. Her hobbies include lying to herself about the calories in donuts and banana pudding, as well as running out of excuses when procrastinating. She's been an avid reader since she was a young girl. Whether she's by the pool, curled up in bed, or hiding in the closet, as long as she has a book in her hands she’s happy.