Why I Will Not Be Promoting Midnight Sun by Stephenie Meyer ... EVER. 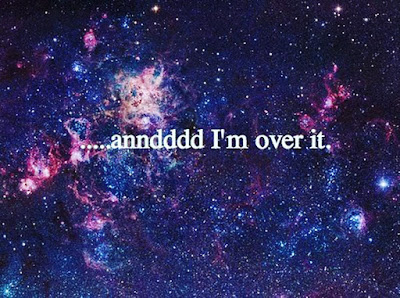 So, Stephenie Meyer is finally releasing Midnight Sun (Edward's Perspective) on August 4th. The ENTIRE internet/Social Media platforms were aghast in crying and celebrating .. but I was just ... NOT. I'm not excited and/or looking forward to this book. At all.

I would have preferred to see an expansion book ... a continuation of the series but focusing more on the complexities of Jacob & Reneesme’s burgeoning relationship and how that could ever work - a werewolf & a vampire together? Come on - doesn't that just scream "Huh? What now? HOW WOULD THAT WORK?".

That would have been a much more interesting read for me. If she wrote about Jacob and Reneesme, she could have explore the wolves more because HELLO? WEREWOLVES?! We already KNOW about the vampires (how many movies have been done about Vampires?), but we only ever got crumbs about the wolves and those were stories/legends passed down thru generations - stuff gets left out people!

And lets not forget poor Leah. Her character development could have been explored more and we could see if she ever did imprint on anyone. I don’t like how Stephenie left her hanging onto a man she could never have. Leah was too strong willed for that - but Stephenie introduced that damned imprinting and then it went no where!!! Ugh! I was utterly disappointed with that.

To me, this would have been a much better storyline to pursue than Edward’s perspective of life before and during Bella. Now, before you start handing out the torches, I’m not disrespecting Stephenie Meyer - sorry if its coming across that way - but revisiting Twilight? After nearly 10 years? Sorry, but No.

I came, I read, I saw, I’m done. I feel the same about the Fifty Shades series. I’m so over that as well. It still weirds me out that Christian Grey is basically Edward Cullen. *shivers* However, it does explain why I dislike both characters to the core as well as Bella Swan/Ana Steele. I just ... can’t!

I will ALWAYS be grateful to Stephenie for reawakening my love of reading (I had previously been in a nearly 6 year slump of not reading anything worth while) but as far as this series goes? Either expand on it or leave it alone. Don’t look back to the beginning - we ALL know how it went down - and reading it from Edward's perspective wouldn't give me anymore insight than I already have of him, that relationship or make me like either of them more.

I want something new, fresh and exciting to sink my teeth into. Otherwise, thanks but no thanks. Been there, done that!