Jenna’s grown up in the system.
Forced to be tough, wary, and hard.

She’s only been able to count on herself.
Until Enzo.
He’s much older and responsible for looking after her.
What should be a job to him, evolves into much more.

Everything about him exudes strength.
His will to protect her is more than she could ever ask for.
Sadly, though, even heroes have their limitations.

But she doesn’t need a hero.
She just needs him.

Final Score - 4.5 Stars!Would you trust an adult after every other has let you down your entire life?  Especially when this one has the power to control your life?Jenna is unhappy, bouncing from bad home to worse home.   Jenna is a foster child, but she won't let it define her.  Forming her own family with another abandoned child, she decides that when she ages out, she's not leaving alone.Enter Enzo, he's her new caseworker and he goes above and beyond for his charges - especially Jenna. He knows he shouldn't feel the way he does about her, but she's special. He sees in her what he himself was at one time - a lonely foster child looking for a family of their own.This story was chalk full of romance, but had a healthy dose of compassion as well.  Jenna and Enzo's journey at times was rough, and they had a lot of hardships to work through, but the author definitely gave them their well deserved happy ending. 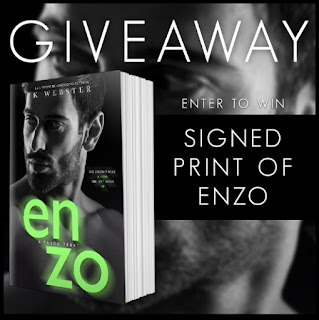