The Vetrov name comes with expectation.
My role in this world is simple: do as Father asks and live my life how he planned it.

My future is already written: run the empire.
Old Values. Old Rule. Old Money.
Until her.

When the Volkov rose showed up at my home a disgraced package, hand-delivered by a Vasiliev prince, I began paving my own path.
I vowed to make her bloom once more.

She consumed me.
Her. Her. Her.

But you can’t love a rose and expect not to be damaged by her thorns.
She cut me too deep.
And I bled out.
My soul fled.
All that’s left is a cold, calculating monster.

I am Veniamin.
Volcanic. Victorious. Valiant. Vetrov.
When you enter my world to play games, prepare to lose.
In the end, I always find the thorn in my side, and I pluck it right out.

I just knew Diana’s story would be bombshell of sorts and boy was it! Now, left with no other recourse, she's been entered into the arena - where it's killed or be killed. However, this rose has thorns and needs NO savior to come rescue her. No, the Queen will save herself and rule over her empire with blood and an iron fist. She has been reborn after the events of the last book and the beginning of this and her evolution is beautiful to witness. Once the beloved, she is now considered a spoiled viper. But in man's world, they have underestimated Diana. And for that - they will pay. Be afraid men. Be VERY AFRAID!

Ven at times was not only the handsome prince, but just as bad as his father. He has no remorse for his actions (of which he commits offenses in my opinion which were just as bad as his father) and I still have a hard time loving him, let alone cheering on his relationship with Diana. I'm still conflicted about him. But he did love Diana when no one else would, so I have to think there is something redeemable about him. Right?

Ven is the latest in The V Games series by Authors Ker Dukey and K. Webster. I was anxiously to see where next these two took me and I was not disappointed! It's gritty, raw, in your face and as dark a mafia romance can get and I enjoyed every last bit of it ... well, I enjoyed some while other parts made me cringe.

My books all tend to be darker romance, edge of you seat, angst filled reads. My advice to my readers when starting one of my titles…prepare for the unexpected.

I have always had a passion for storytelling, whether it be through lyrics or bed time stories with my sisters growing up.
My mum would always have a book in her hand when I was young and passed on her love for reading, inspiring me to venture into writing my own. I tend to have a darker edge to my writing. Not all love stories are made from light; some are created in darkness but are just as powerful and worth telling.

When I’m not lost in the world of characters I love spending time with my family. I’m a mum and that comes first in my life but when I do get down time I love attending music concerts or reading events with my younger sister. 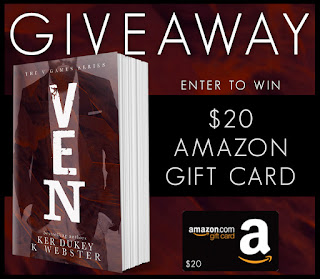