New Release Tuesday - HIS TO SEDUCE by Stacey Lynn!

The fourth and final book in The Fireside Series is now LIVE but they can all be read as standalones!

Check out the books today! 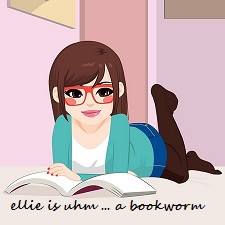 Final Score - 5 A Beautiful Ending Stars!What happens when a a spur of the moment wedding trip to Jamaica, two people finally hook up? In the closet? In a hallway? With guest just circling around? Meet David ... who has been waiting for 5 months for Cam. He's been patient, but the time has come for him to make his move. Now that he has unlimited access to her (meaning she can't run away), he's got the weekend to prove to her that they're worth it. David sets about his seduction of Cam (what else can it be called?) and begins to slightly push Cam out of her very tightly woven comfort zone (cuz let's face it, the girl need to let loose!)Cam is the one out of all the girls - you know the one: wrapped so tight, if you stick a lump of coal up her butt, in two weeks you'd have a diamond! She has set rules and doesn't deviate far from them. She's not a risk taker, she makes carefully structured lists, and insists on order in her everyday life. So hooking up with David is not only out of character, but totally not her. Who is he turning her into?! But David sets about to change that, pushing Cam out of her very tightly woven comfort zone. It's such a great thing to see these connect and just let loose! Although Cam tells herself it's only one night, she beings to relent (defrost) herself towards David. However, these two have secrets. They spend a large part of the book working through their "issues" regarding those secrets. David allows himself to be vulnerable first, only after having his hand forced but it sends Cam running back home. It takes a while for Cam to open up to David about her secret. She doesn't make it easy for David to gain her trust. Even after him telling her his story, she still withholds her from him. Until it can't be held back any longer ... and then they are at a crossroads.I loved David in this story. The man was so laid back and willing to give Cam her space to work things out for herself - what man do you know does that?! And despite wanting to knock her upside the head once or twice, I genuinely liked Cam, although she's a tad extra as they say. Stacey Lynn can write a great story and just engross you with her characters. These people have real lives and relevant issues and are dealt with as such. It's perfect from beginning to end. This book and the rest of this series is incredible. This book marks the 4th one of the series and I'm sad/depressed to see it end. Each story has taken a piece of my heart. I Thank you Ms. Lynn for a great trip into the lives of everyone in this series.It really embodies the saying - a #mustread series.