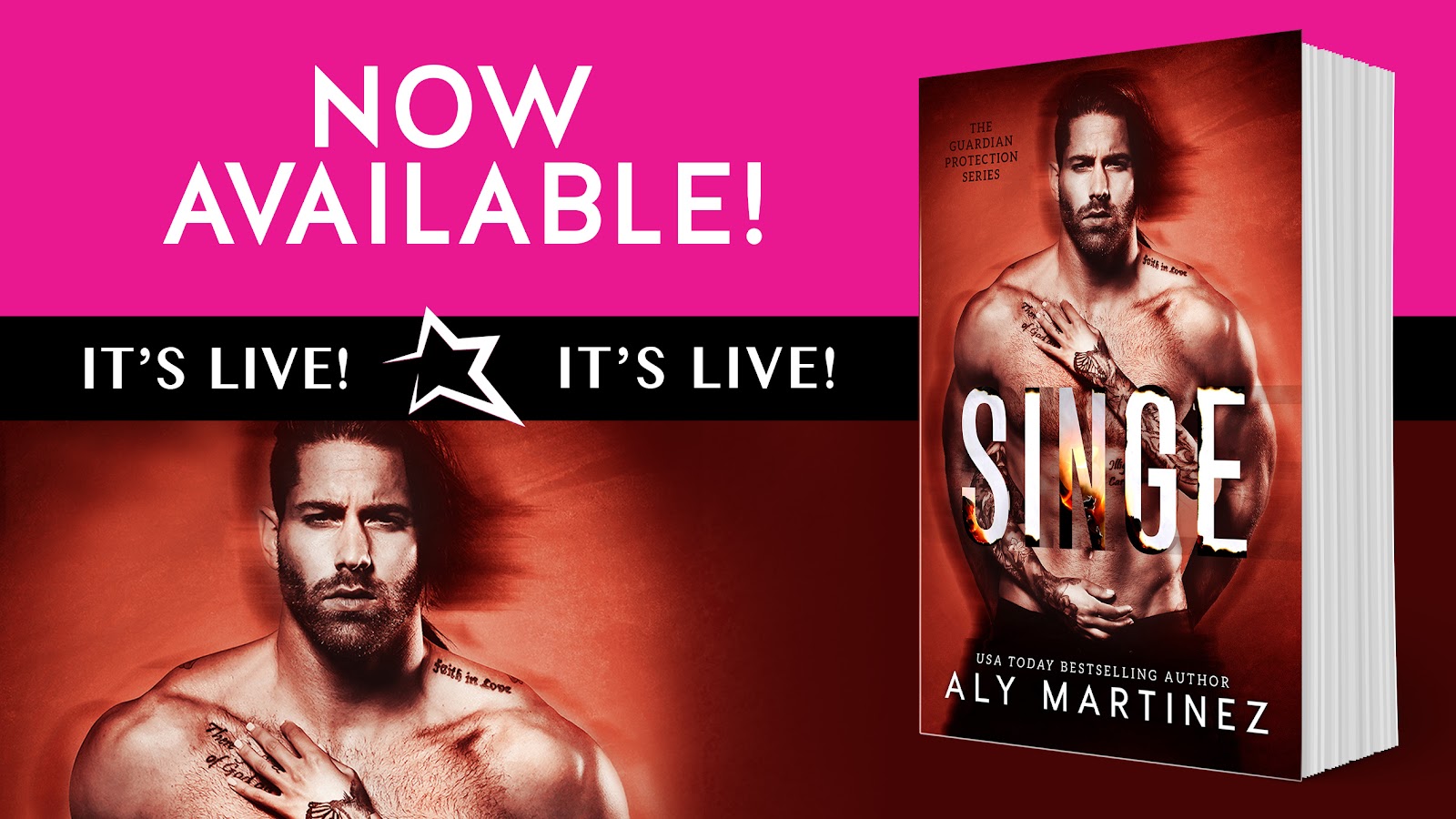 SINGE is the first book in an ALL NEW smokin-hot standalone series by Aly Martinez! 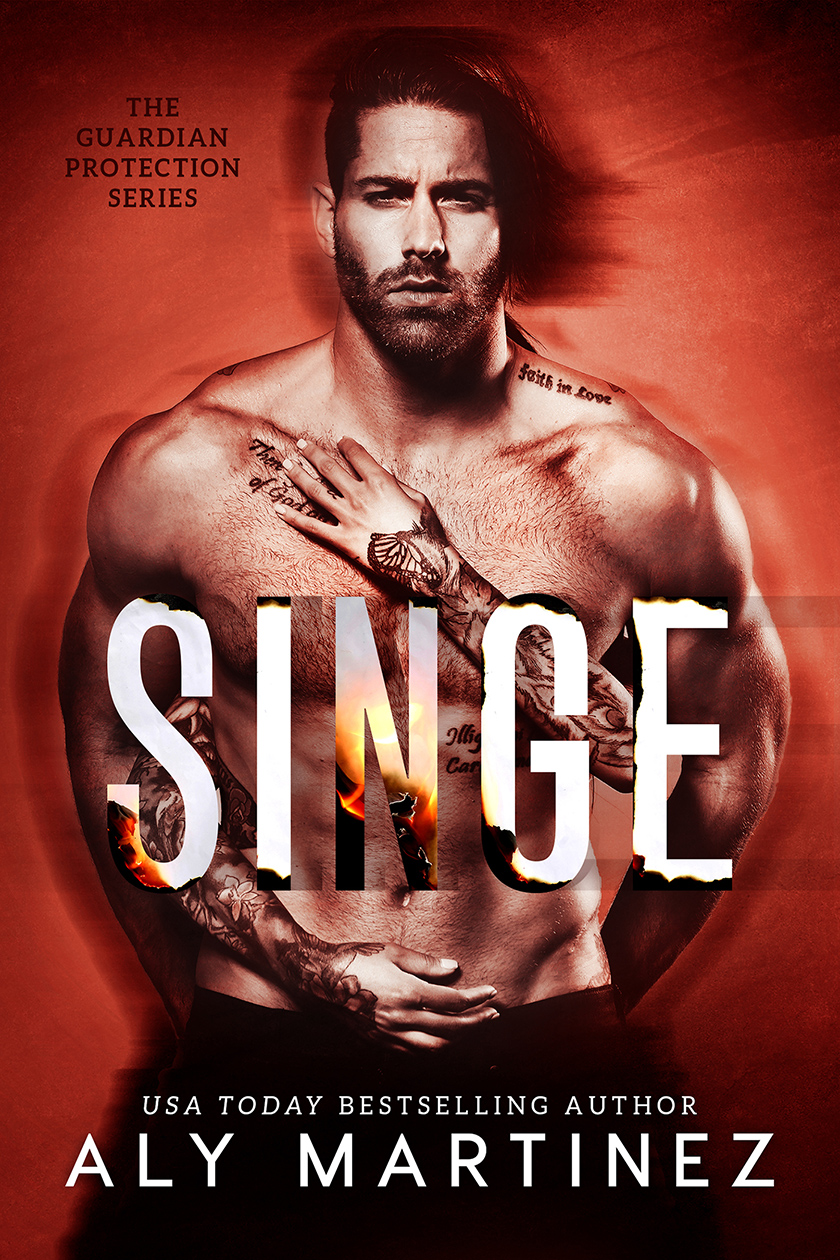 Blurb
She was my nightmare. Every time I closed my eyes, I watched her fall into that inferno. Over and over, I failed to save her.
I hadn’t been able to reach her, and the guilt only burned hotter over time. Four years later, I was the unreachable one.
Heroes aren’t always saints. Sometimes, we’re nothing more than jaded sinners driven by sleepless nights and hearts full of darkness.
And then I met her. She was a dreamer who managed to soothe my scars and heal my wounds.
But, as the flames closed in around us, I feared I wasn’t the right man to save her. That is until I realized she was the one woman I’d burn the world down to protect. 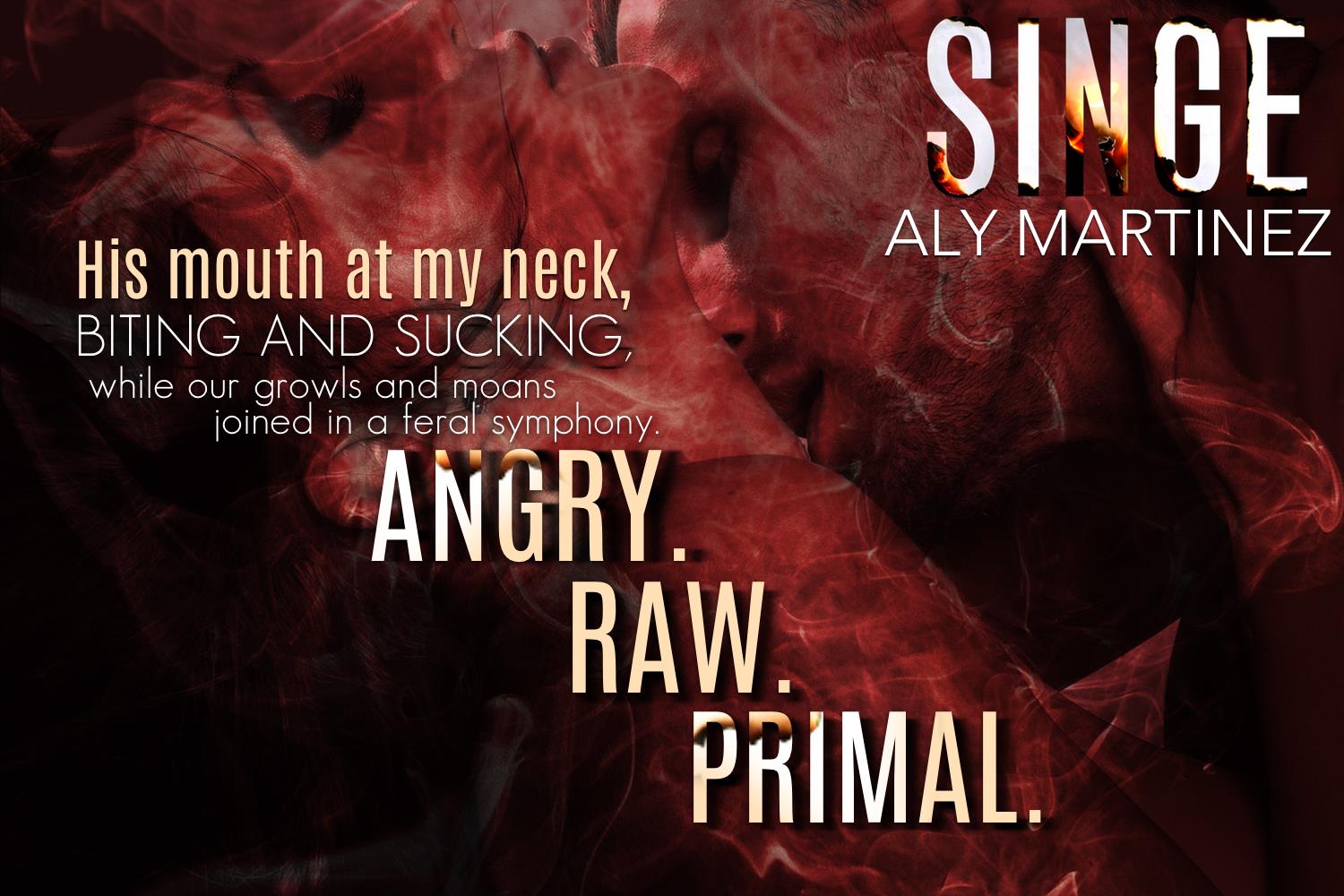 Final Score - 5 Burning Hot Stars!!!Wow! This being my very first Aly Martinez novel (I do have two other book by her I haven't gotten to yet), I must say ... WHAT THE HECK WAS I WAITING FOR? This book was a scorcher - from beginning to end! Jude is an ALL male & masculine hero, but he's far from perfect but an oh so perfectly flawed hero. He both loves and protects fiercely - there is NO in-between. He's an ex-cop, now a professional security guard for the rich and famous and he's recently relocated for a new job back home in Chicago. It's not a happy homecoming for Jude as it brings back memories of a fateful night four years ago ... of a beautiful woman who fills his flashback dreams with nightmares. What he didn't anticipate is that woman, Rhion Park, would live a floor below his company ... and she soon becomes his newest security detail as well as his love. Singe is a book chock full of suspense laced with a deep feeling of destiny and romance with characters who have suffered debilitating wounds. Ms. Martinez kept me riveted, page by page, praying for these lost souls to get a second chance at a happily-ever-after who have seen their fair share of betrayal, fear, pain, and suffering. I loved that Rhion wasn't your typical tough heroines but quite insecure. Bring Rhion and Jude together was just what she needed to face her fears. Singe has a colorful cast of characters - the other brooding alphas of the Guardian Protection firm, and I can't wait to read their stories. First & foremost is Johnson ... there's some juicy backstory there that I just need to read! *Hint hint* 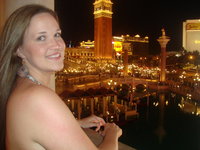 Born and raised in Savannah, Georgia, Aly Martinez is a stay-at-home mom to four crazy kids under the age of five- including a set of twins. Currently living in South Carolina, she passes what little free time she has reading anything and everything she can get her hands on, preferably with a glass of wine at her side.