Cover Reveal for AFTER YOU by Stephanie Rose! 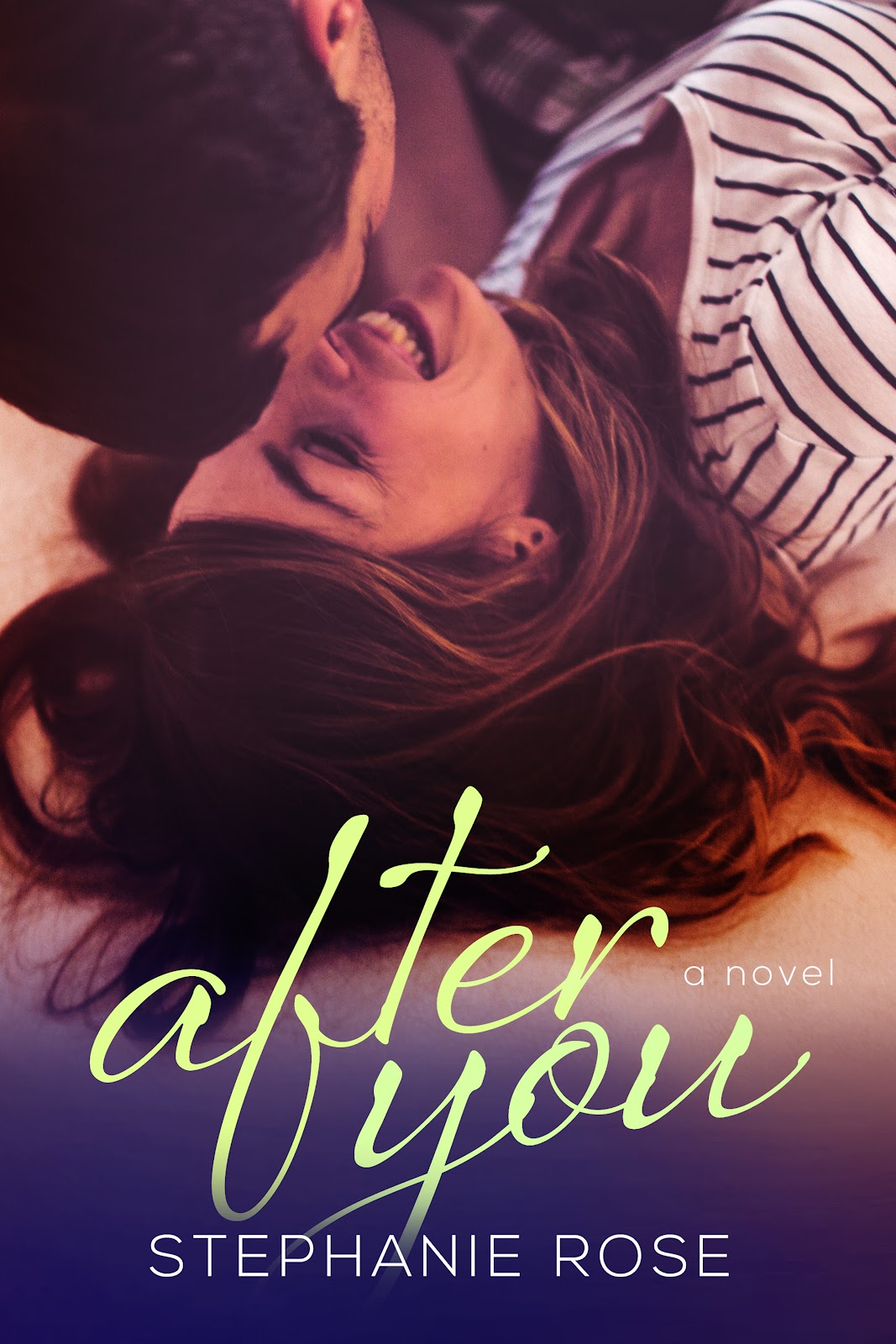 After You is the final STANDALONE novel in the Second Chances series.

I had the happily ever after . . . until it was gone.
Three became two. And I was alone.
Our time—my time—was over. Alone was the right way to be. The only way. Life was me, my son, and my memories. Until the day I met someone who turned my lonely existence upside down.
This man made me smile, made me laugh, made me ache for his touch.
But I couldn’t.
He shouldn’t awaken feelings I resolved to bury with my husband. But he did.
I couldn’t let his presence make my heart race. I couldn’t let him into our little world, where he fit so perfectly. I couldn’t want Nick.
But I did.

I rescued people. My family relied on me to lend a hand. Everyone thought of me as the fixer, but no one had the first clue how to fix me. Until Ellie.
The freckled beauty’s sorrow was like a well-worn shirt—easy and familiar, difficult to part with—and she wore it comfortably. And though I was hers from the moment our eyes first met, she’d never be mine. I loved her in the here and now, but how did I compete with a ghost?

How can there ever be anyone After You? 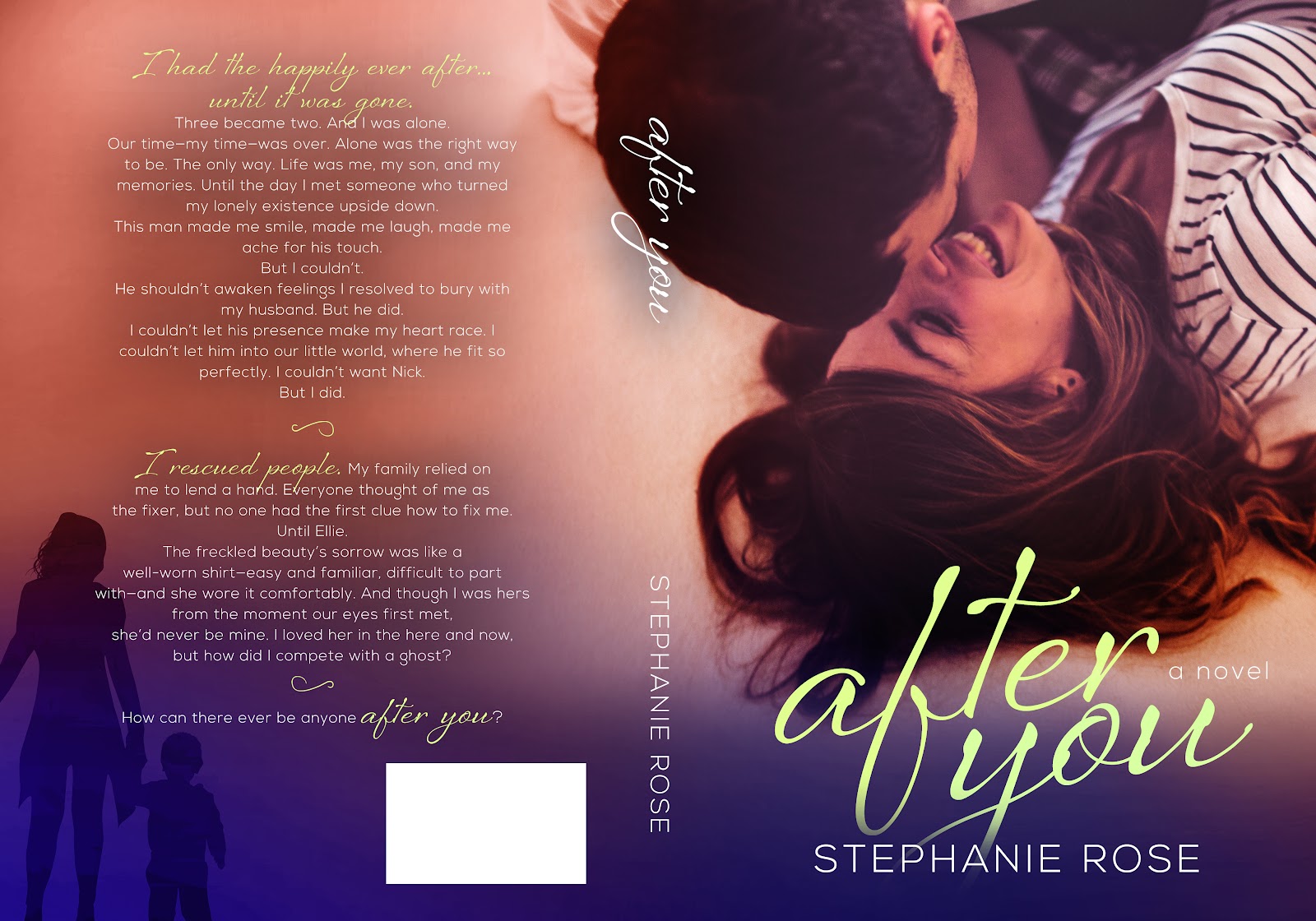 “Friend of the bride or groom?” I jumped at the deep timbre of the voice beside me. I was so into my thoughts I didn’t hear anyone approach.

“Um, both, I guess. Paige is family and Evan is a close friend.” I lifted my head to the man towering over me. The light was at his back, blocking the features on his face.

“Mind if I sit?” He motioned to the empty space on the bench beside me.

I shook my head and shrugged. “No, go right ahead.” He settled next to me, and I felt even smaller than usual. His large frame dwarfed mine.

“Nick … I’m a college friend of Evan’s.” He extended his hand, and I raised my eyes to him as I took it. Even in the dim lighting, I could make out his warm but striking dark eyes. “Seeing him finally marry Paige was worth a trip from Florida for me.”

I chuckled and nodded. “Ellie. Everyone seemed to know but her.”

Nick let out an exaggerated sigh. “If I had a dollar for every time I said ‘Just tell her,’ I’d be rich.” He shook his head and laughed. “So, what is a beautiful woman like you doing out in the cold all by herself?” He raised an eyebrow, then held his gaze on me as he leaned forward, resting his elbows on his knees. The light illuminated the strong planes of his jaw and full lips. Despite being in the throes of my personal pity party, I couldn’t help but like what I saw.

I exhaled and stared at the ground. “I needed a little air, I guess.” I stuffed my hands under my folded arms, but it didn’t make one ounce of difference. I was freezing my lonely ass off.

“Where?” I squinted my eyes and shrugged.

“The bar inside. Have a drink with me?” He rose from the bench and extended his hand to me. I jerked away on instinct.

It was on the tip of my tongue to say, ‘No thank you, I’m married,’ but . . . I wasn’t, was I? And I’d spent enough time feeling sorry for myself tonight. My toes were frozen inside my high heels, and an alcoholic beverage with an attractive man who didn’t regard me with pity in his eyes sounded lovely.

“Sure.” I slipped my hand inside his and followed him inside. I craned my head around the mostly empty restaurant. Evan and Paige were long gone, starting their lives together. I hoped the rest of their lives were longer than the one I had with Jack.

I settled into a bar stool and dug into my purse. “I think the open bar ended when the bride and groom made a break for it.” Nick placed his hand over mine and shook his head.

“Put your money away. On me, whatever you’d like.” His mouth split into a wide grin as he settled next to me. He was good-looking enough outside under the soft lights.  Inside and up close, he was gorgeous. He raked his hands through his short black hair before sliding into the stool next to mine. The dark suit he wore clung to his large muscular frame. Light brown eyes with longer lashes than any man had a right to fixed on me, and I was ashamed to admit I enjoyed it.

I pursed my lips and fought a smile. “Bailey’s on ice. Please.”

His smile grew even wider as he nodded. “You got it.” He called the bartender over to order our drinks as my eyes fell to my folded hands. My engagement ring twinkled at me, and I covered it with my other hand as I turned to face Nick.

“So, you said you lived in Florida?”

“Yes. Not too far from Tampa. I still have family in the Bronx; they live in Castle Hill. I took a long weekend to visit everyone.” Nick placed my drink in front of me, and I took a long sip from the thin black straw.

“Thank you. That’s nice. They must be happy about that.” I stirred the white liquid as my eyes darted from his. For some reason, it made me uncomfortable to hold his gaze for too long.

“They are. I try to visit as much as I can. My dad won’t admit it, but he hasn’t been feeling well lately, so I’ve been trying to visit more often. My grandmother will probably live to be a hundred.” Nick rolled his eyes and shook his head, making an unexpected laugh escape me.

“You only met Evan in college?”

“Yeah, two boys from the Bronx met in Philadelphia. He’s a great guy; I’m sure I don’t have to tell you.”

I nodded as a smile tugged at my lips. Evan was one of the best people I knew. “He sure is.”

We spent the next hour making small talk. Nick was charming and funny. It felt good to laugh and to not force a smile. My face ached from doing that for most of the night.

“So.” Nick put down his whiskey sour as his eyes bored into mine. “Were you . . .  here with anyone tonight?”

Nick let out a long sigh. “I’m being too forward and making you uncomfortable, aren’t I?”

“No.” I shook my head. “I’m enjoying your company. I’m not uncomfortable, really.” I gave Nick a big smile, ignoring the pang of guilt at being unfaithful. Jack had been gone for almost a year; there was no one to be faithful to. My head was aware, but my heart vehemently disagreed.

“Thank you,” I whispered as I sipped my creamy drink. The heat coming from Nick’s stare was making me squirm a bit.

“Took me a while to work up the nerve to talk to you. I was sure you were with someone. How could you not be?” Nick’s voice dropped to a husky rasp as my eyes locked with his. I didn't know what to do with the sudden flip-flop in my belly from Nick’s words and undivided attention. It was time to put the brakes on whatever this was turning out to be.

Stephanie Rose was born and raised in the Bronx, New York and still lives there with her superhero-obsessed husband and son.

She has a Bachelor’s degree in Business and a day job in marketing, but she always has a story in her head. Her books are full of swoon-worthy men and feisty heroines.

This lifelong New Yorker lives for Starbucks, book boyfriends, and 80s rock. Her voice is often mistaken for a Mob Wives trailer. 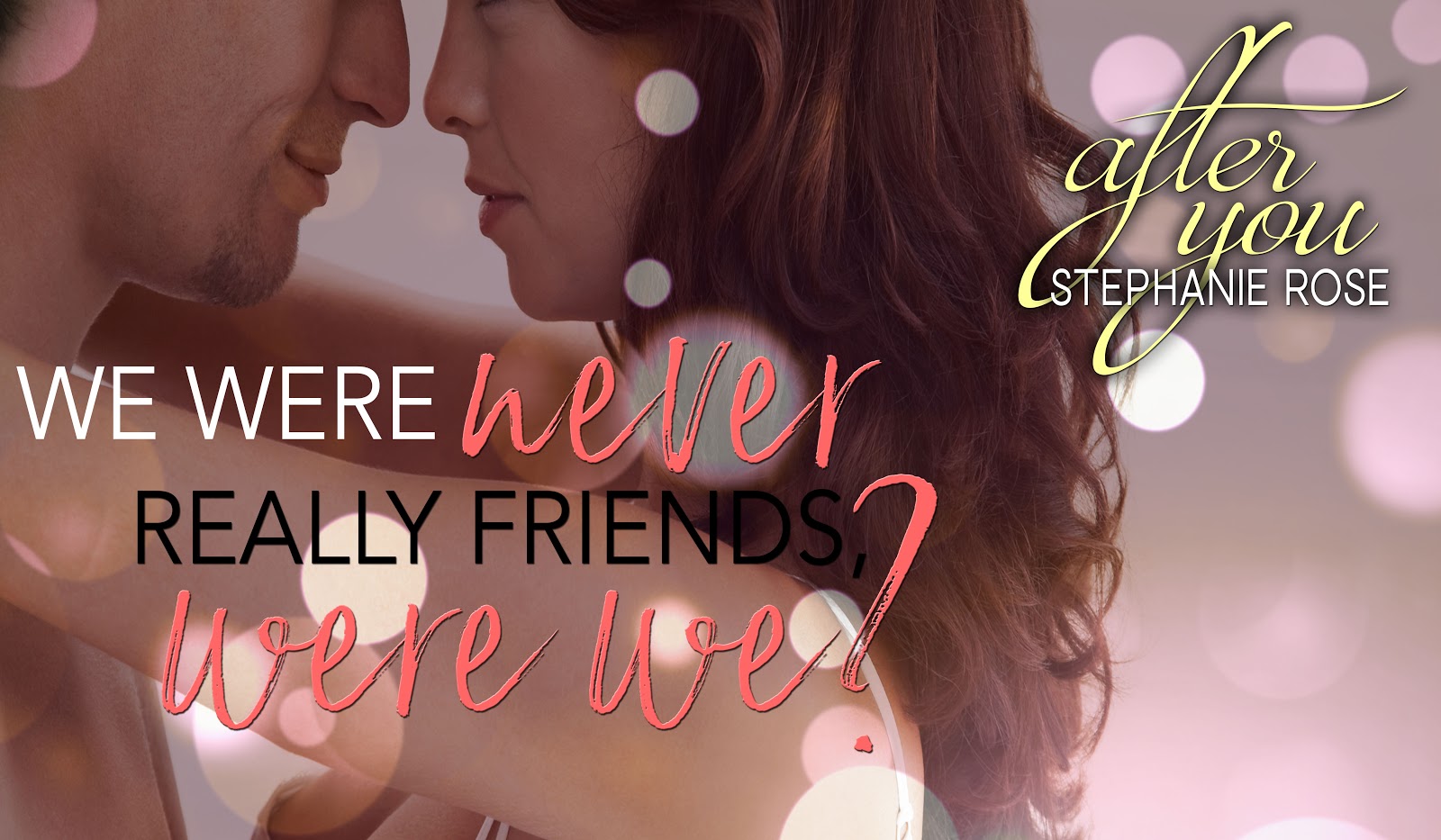