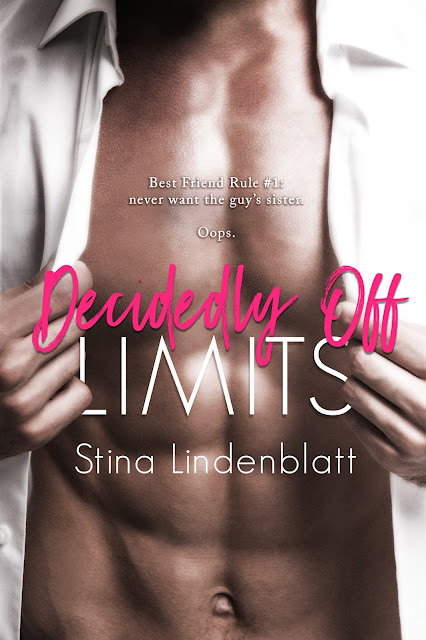 
Trent Salway is one of San Francisco’s hot up-and-coming-under-thirty bachelors. A highly successful mutual fund portfolio manager, a workaholic, and a ladies’ man, he’s got everything he could possibly want…except one thing.

Physical therapist Kelsey Quaid dumped her ex-fiancé six months ago because she was tired of not even being a distant second to his career. Which is why despite secretly crushing on her big brother’s best friend for as long as she can remember, there’s no way Kelsey can go there. One workaholic in her life is more than enough, thank you very much.


Before Kelsey’s brother leaves on his Navy SEAL mission, he asks Trent one simple request: make sure Kelsey isn’t dating any assholes while he’s away. As Trent does his best to do just this, he and Kelsey spend more and more time together. Sparks fly, as do a few items of clothing, and the next thing they know things are getting physical between them. Now, Trent has to decide what to do about the woman he’s falling for—the one whose brother would take him down faster than he takes down the enemy. And Kelsey will have to decide if Trent is just another workaholic or if he’s decidedly off limits.

Kelsey's got a little bit of a problem. See, there's this guy she's wanted for so long now and now is the time - they are both single! However, is she willing to break the BFF code and go after her friend's brother?

Trent's got a BIG problem. He's been lusting after his best friend's sister. He really doesn't want to break the Guy code and go after her, but what if she's just what he needs?

This could either make them both ... or break them both. Decisions, decisions!

I loved getting know Kelsey and Trent. They have been in each other's lives for such a long time and crossing from the friend zone to the "more" than friends zone is tough on both of them. It was great to see their family dynamics and their relationship develop. I won't give anything away - YOU must read this for yourself, but I will say ... you will enjoy their banter, cry with frustration, leap with joy, and ultimately have your faith restored in an love.

Another Stina Lindenblatt novel at it's best ... with lots of emotions and funny scenarios thrown in as well.
5 star review book recommendation contemporary romance friends to lovers must read author must read book stina lindenblatt