TRSOR Hosted Excerpt Reveal for THE SEXY ONE by Lauren Blakely! 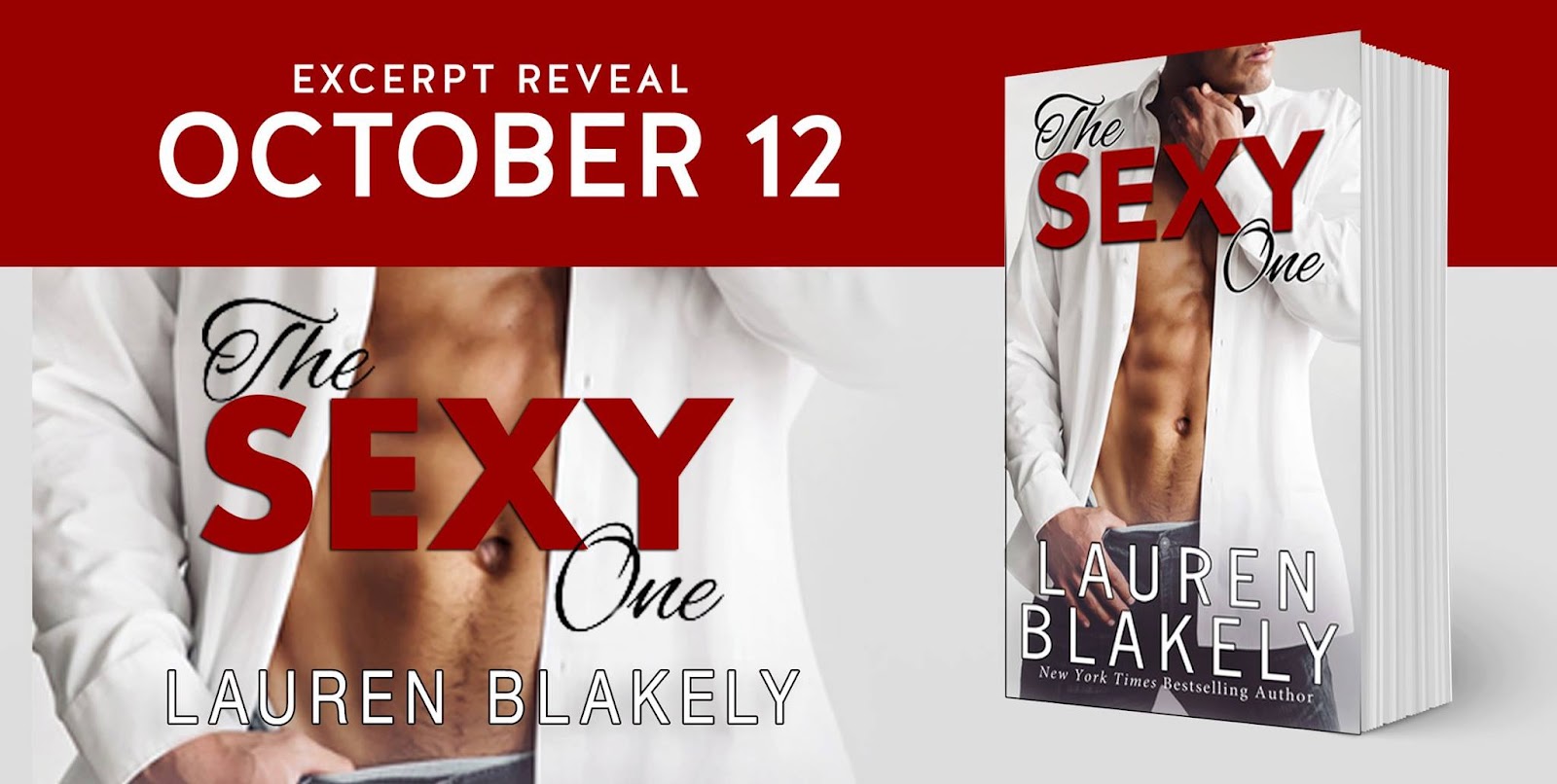 EXCERPT
“Your language skills are better than your French-braiding skills,” she teases as she shuts her iPad.
I pretend to be insulted. “So not true. I can do French braids with my eyes closed.”
She shakes her head. “Somehow, I doubt that.”
“I’ll prove it to you.”
She tilts her head, and her hand freezes on her purse. “Prove it?” she asks quietly.
Somehow I’ve thrown a gauntlet I didn’t realize I was tossing. I do the only natural next thing—follow through. “Sure. Got one of those hair tie things?”
She nods slowly. “Yes, but . . .” Her voice trails off. Then she resumes the thought. “You really learned to French braid?”
I nod. “Hayden insisted on it,” I explain then study her face. Her pupils are dilated, and she blinks. Ah hell, I’ve made her wary with my remark. “I don’t have to prove it. I was just teasing,” I say, giving her an out. Mildly flirty comments are one thing—hands in hair are another.
A small grin spreads on her face, as she dips her hand into her purse and produces a black elastic band. “No, I insist. You were horrible last time. Have at it.”
She drops to the floor, scoots over to me, and with her shoulder, she nudges my right knee.
Hello, slippery slope. Funny to see you again so soon.
Her other shoulder bumps my other knee. There’s no need to think—I widen my legs more and let her settle in between them. I’m seated on the couch, she’s on the floor, and she waits for me to braid her hair.
As I stare at her lush, blond locks, the breath escapes my lungs. For a moment, it’s as if I’m hovering in a state of suspended want. Like this is the real line we’re crossing. Not me bringing her dessert, or touching the corner of her lips, or gazing at her face longer than I should. Not even sending texts about a pair of wild birds or making comments about showers and nudity.
But this.
Touching her hair.
Fuck, I love her hair.
I slide the tie over my wrist, then gather up some strands near the top of her head. “Confession,” I say in a quiet voice. “I watched a few YouTube videos after you taught me.”
She leans back, and I can feel her smile. “Like I said, prove it.”
“It’s on.” I focus on the task of separating her honey-blond hair into three sections, running my fingers through them like a comb. I lift the first strand and lay it over the middle one, then the left, gathering more hair into the next section.
After I failed at her first French braid lesson, I took it upon myself to learn. I don’t like not being able to master basic skills. A man should be able to braid his daughter’s hair.
And his woman’s hair.
“How does it look?” Her voice sounds a little breathy.
“Like it was braided by a man who learned by watching YouTube videos,” I answer.
She laughs lightly and leans into me more, inching closer. My hands still for a moment. I feel like I’m in high school again. Like I have a crush on a girl, and I don’t know what to do, where to go next, what to say.
The thing is, I do know. I just don’t know that I should. But I know what I want. There’s no doubt in my mind. I want to touch her, to kiss her, to feel her body press against mine. Even the chance to touch her like this is intoxicating, a rush of blood to the head. Her waves of hair are soft, and they feel spectacular falling through my fingers. I can’t picture a single thing besides running my hands through these strands as I kiss her, as I touch her, as she moves beneath me. 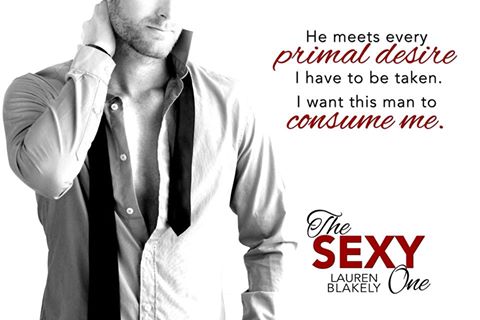 
Want a romance guaranteed to make you melt? Get ready to fall in love on October 17th!


Sign up for Lauren’s newsletter to receive an alert when THE SEXY ONE is live on Kindle on release day at http://laurenblakely.com/newsletter/. 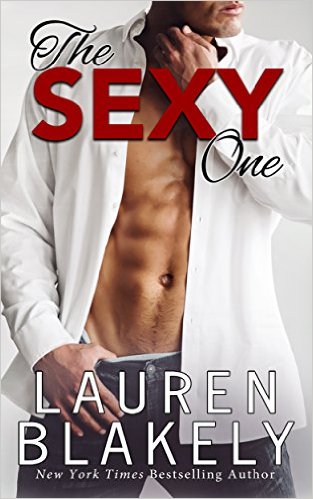 
Let me count the ways why falling into forbidden love is not my wisest move…
1. She works with me every single day.
Did I mention she's gorgeous, sweet, kind and smart?
2. She works in my home.
Playing with my five-year-old daughter. Teaching my little girl. Cooking for my princess. Which means…
3. She's the nanny.
And that makes her completely off-limits…But it doesn’t stop me from wanting her. All of her.


The other nannies in this city don't call him the Sexy One for nothing. My boss, the amazingly wonderful single father to the girl I take care of every day is ridiculously hot, like movie star levels with those arms, and those eyes, and that body. Not to mention, the way he dotes on his little girl melts me all over. But what really makes my knees weak are the times when his gaze lingers on me. In secret. When no one else is around.
I can't risk my job for a chance at something more…can I? But I don’t know how to resist him much longer either… 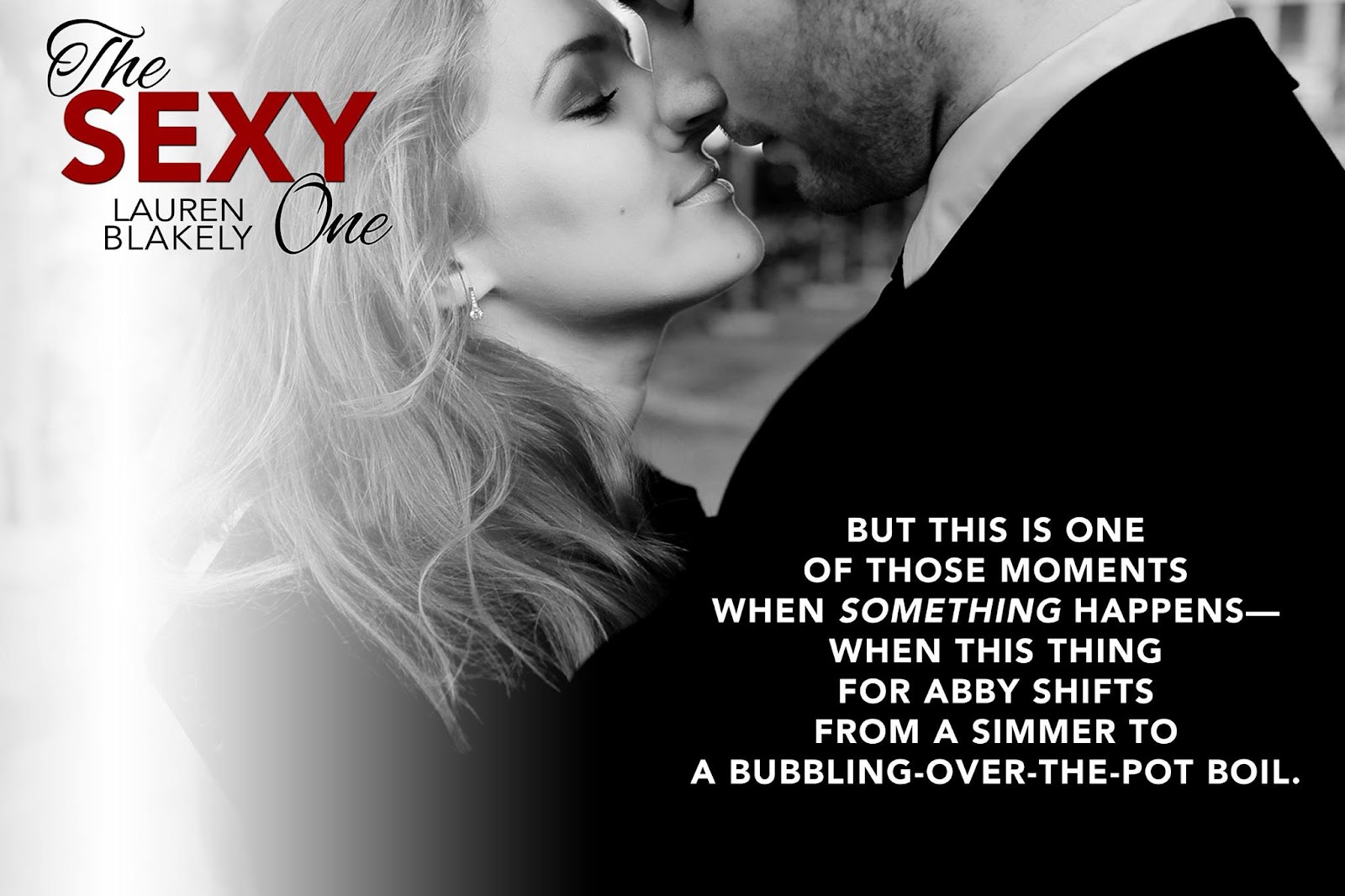 **The audiobook will release the same day as the eBook on October 17th and will be narrated by
Sebastian York and Andi Arndt!** 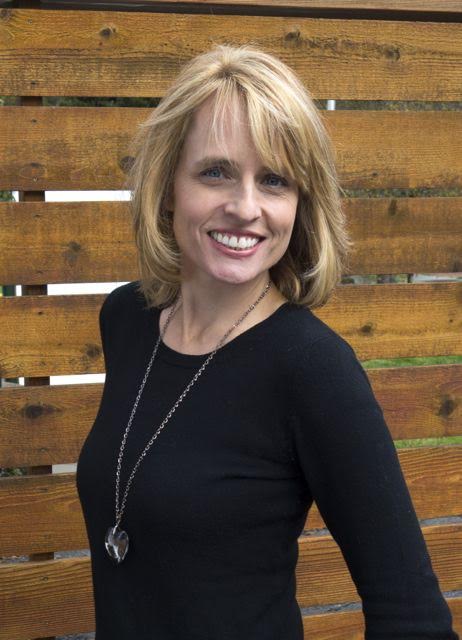 Since self-publishing her debut romance novel CAUGHT UP IN US three years ago, Lauren Blakely has sold more than 1 million books. She is known for her sexy contemporary romance style that's full of heat, heart and humor. A devout fan of cake and canines, Lauren has plotted entire novels while walking her four-legged friends. She lives in California with her family. With eleven New York Times bestsellers, her titles have appeared on the New York Times, USA Today, and Wall Street Journal Bestseller Lists more than sixty times. Her bestselling series include Sinful Nights, Seductive Nights, No Regrets, Caught Up in Love, and Fighting Fire as well as standalone romantic comedies like BIG ROCK, MISTER O and WELL HUNG, which were instant New York Times Bestsellers. In the fall she'll release THE SEXY ONE, a swoony contemporary romance. To receive an email when Lauren releases a new book, sign up for her newsletter at laurenblakely.com/newsletter.