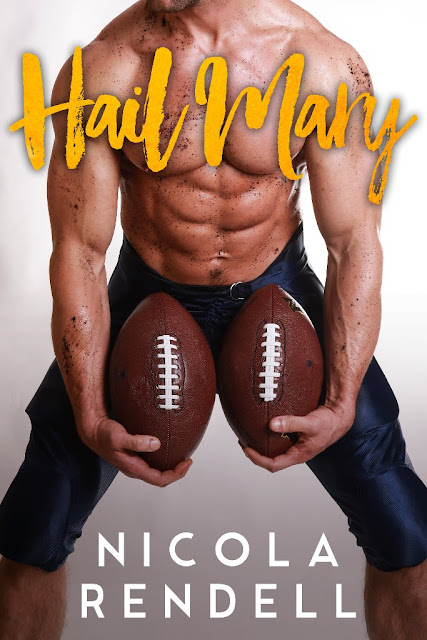 At a boxing gym in Chicago, Mary Monahan accidentally knocks out the most handsome man she’s ever met. After she wakes him up with a few slaps and some smelling salts, the very first thing he does is ask her out for ribs and beer. His name is Jimmy. He looks like a Gillette model. And he’s just too hunky to resist.
Jimmy “The Falcon” Falconi is mystified that Mary has absolutely no idea who he is. Mystified and refreshed. He is, after all, not your everyday NFL quarterback. He shops at Costco, has a soft spot for Pinterest, and is in the midst of an epic losing streak.
Jimmy falls for Mary fast and hard, the way he does everything—balls out and like it’s fourth and long. And he realizes he’s finally met his match. That stamina he’s so proud of? Doesn’t stand a chance against her Kegels.
But what they don’t know is she’s also his new physical therapist, recently hired by the Bears to work on his rotator cuff…and groin injury. If she can’t help him, he’ll be traded faster than they can say “offensive penetration.”
In spite of the thousands of internet memes featuring Jimmy’s face with captions like: “HEY GIRL, WANT TO TOUCH MY BALLS?” Mary finds herself falling for him and his unrelenting desire to make her his.
Until a toddler shows up at Jimmy’s door.
And throws their lives into total chaos.
***
To the reader: Contents includes love, sweetness, naughtiness, honey, champagne, and an HEA. Safe.


AVAILABLE ON ALL PLATFORMS NOVEMBER 28 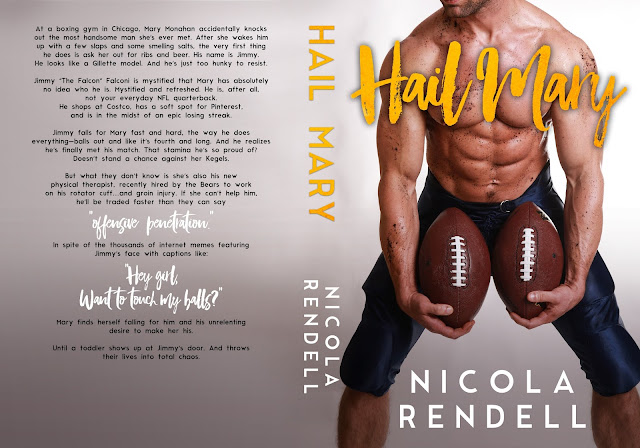