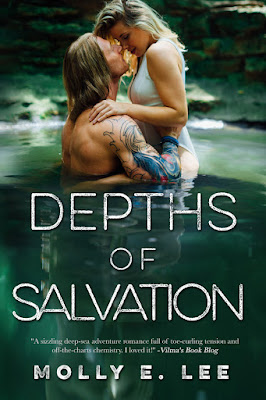 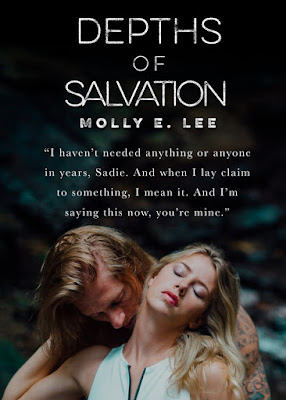 Sadie Jenkins’ most recent site of preservation is a sunken WWII cargo ship off the coast of the Bahamas. When a giant corporation threatens to blow it up to make way for an underwater gas pipeline, Sadie is forced to prove to the Head of Government the importance and value of her site. And when assistance comes from a bad-boy welder who works for the corporation, she ends up battling not only the people trying to demolish her site, but her heart as well—because its latched on to the one man who can save her ship or destroy it.

Connell Murphey is the best underwater welder this side of the Atlantic and thrives when the stakes are highest. When Slade Industries offers him a dangerous gig with a big pay off, he can’t wait to sign on. When a local marine preservationist gives Slade trouble—her site’s protection would cost him millions to go around it instead of through it—Slade offers Connell the deal of a lifetime: twelve million has his name on it if he gets close to Sadie and testifies to the Head of Government that her site isn’t worth saving. Should be easy money.

That is, until he meets Sadie. She’s a force to be reckoned with and the only woman who has ever been able to not only keep pace with him on a dive but completely surpass him on every level. She’s smart, sexy, and their chemistry is off the charts. The more he gets to know her, the harder he falls but he’s already in too deep with the deal he made with Slade.

When the time comes, will he be able to turn down the money and choose the girl of his dreams, or will too many lies kill his only chance at forever? 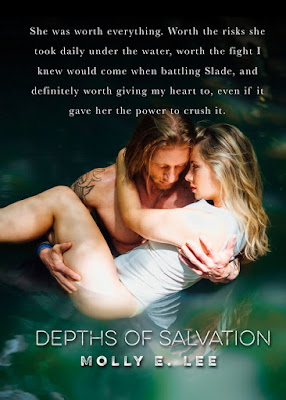 There is a thing as too much rum.

But I’d gone all-in with the best intentions, and hey, he had opened up just a crack. Enough for me to want more.


I stumbled over my own flip-flops, but Connell’s reaction time was much faster than mine. He caught me before I ate the dock, pulling me against his hard chest in one swift motion. I steadied myself, letting my heavy forehead rest against him for the briefest of moments. A quick inhale and a mental kick in the ass, and I was ready to behave like the grown woman I was, not the drunk college kid I felt like.


“Think you can manage to get us back to the ship?”


He smiled again, and damn if it didn’t light up my insides. “I’ll take care of you.” He swept an arm beneath my knees so quickly I couldn’t blink before he cradled me to his chest and continued walking down the dock.


“No, but you are that slow. I’d like to get back to my bed before the sun rises.” He chuckled.


I froze, the air going out of me like a popped balloon. Why the hell was I so sad about that? Was it him leaving? Had you intended on inviting him into your bed?


Yes, yes I had. Holy hell, the stark realization of the fact hit me like a cold bucket of ice water, the sensation clearing my foggy brain.


“If you’re going to be sick give me a warning,” he said, his eyes on my face.


He carried me to the end of the dock where we’d left the jet ski without even breaking a sweat. Once I got over how ridiculously damsled the situation was, it was incredibly nice.


He shifted his weight, releasing my legs. I clung to his neck as I found my footing, sliding down his hard body so slow I felt every inch of him. And damn he felt as good as he looked. I sucked in another long breath, taking in his sultry sea scent, and looked up at him with hooded eyes.


Some jagged strands of black hair hung in his eyes, and with the rum as my motivator, I pushed it back, my hand lingering on his cheek. “You could stay,” I said, but quickly added, “we have plenty of rooms on board.” You know better.


I saw the debate in his eyes, but the battle was long enough to flush my skin with embarrassment. The rejection was clear long before he opened his mouth, and I put a foot of space between us, my hand on my forehead. “You were right. I’ve had too much.”


Or maybe it was the combination of the rum and the insane connection I had to Connell, which had only amplified since we’d dove together. “Do you get that?” I asked, before realizing I hadn’t voiced my thought.


He tilted his head.


“When you dive with someone, as easily as we did today…do you ever feel like it’s more informative of compatibility than a month’s worth of conversations?”


“I do actually. It’s how I knew Ryan was a trustworthy guy. Just like Nemo.”


He trailed his finger down my bare arm, sending warm chills across my skin. “Let’s get you home.”