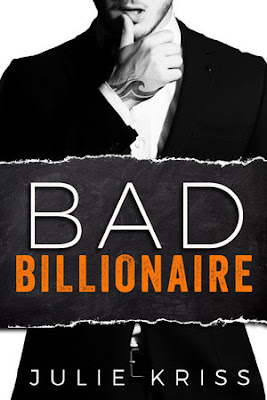 The first in a sexy new series of standalones!
I’m no one. A mechanic. A getaway driver. A thief.
I was born on the streets, and I like it rough - life, sex, everything. My job is dirty. My past is dirty. So is my future.
Until I get out of prison and discover I’ve inherited a billion dollars.
I’m not a good billionaire. I don’t care about penthouses, fancy dinners, or private jets. I don’t care about life and death. Hell, I don’’t even care about money. I’m willing to spend every penny of it on one thing.
Find the woman who gave me one unforgettable night before I went down. The woman who is too good for me. The woman I can never have.
Find her. Get revenge on the man that hurt her. And make her mine.

"I drive," Devon said.
I stared at him, wondering if he was joking. “Drive what?”
“Whatever needs driving. Sometimes it’s goods. Sometimes it’s a person. I take it where it needs to go.”
“I don’t follow,” I said, confused. “Like an Uber?”
That made him laugh again, but he wasn’t laughing at me. He seemed to be laughing more at himself. “Maybe a little like an Uber,” he said, “but a fuck of a lot more shady.”
I wondered if that was the reason he was gone at night sometimes. I’d wondered if he had gone to see a woman. “What exactly do you drive, then?"
Devon shrugged. “If someone pays me, I don’t ask.”
“Dead bodies?”
“No.” He completely killed the reassurance of this statement by adding, “Not yet.”
Oh, my god. My sexy neighbor was some kind of gangster. “Why are you telling me this?” I asked him. “Maybe my boyfriend is a cop.”
“You don’t have a boyfriend,” Devon said. “Unless he’s invisible.”
My jaw dropped. He’d been watching me? I hadn’t noticed. I tried to summon some outrage, but I’d been watching him, too. “Maybe it’s a long-distance relationship,” I argued.
“Maybe,” he said. “So we’ve been talking for ten minutes, and I’ve already admitted I’m a criminal and you’ve admitted you have cyber sex.”
“I do not have cyber sex,” I nearly shouted, shocked. The corner of his mouth twitched. Since he’d been so blunt, I tried shocking him in return. “Well, I never see women coming and going from your place, so maybe it’s you that does the Internet sex thing.”
“I don’t have Internet sex.” His voice was low, gruff. “I have the old-fashioned, one-handed kind. Alone.”
The silence was deafening.
“You’re the strangest person I’ve ever met,” I said.
“Likewise.” He made a turn, the car slowed, and I realized we were in the parking lot. I felt off-balance, but I also felt electric, like I’d just woken up. I didn’t exactly trust the man next to me, yet I didn’t get out of the car. I didn’t quite want the ride to be over yet.
And there was no ignoring the warm, persistent pulse I felt between my legs.
He didn’t seem in a hurry either. But he put out his hand, palm up, and said, “Give me your car key.”
“You don’t—”
“Give me your key, Olivia.”