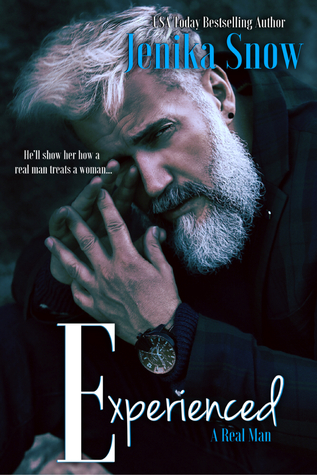 He’ll show her how a real man treats a woman…  SABINE I've never known how good it could feel to be taken care of by a man who knew what he was doing.Until I was with Hugo...  HUGO I was older than her.She was innocent, hadn't experienced all that life had to offer.I could give her that experience.Sabine consumed my thoughts, made me desire nothing else but her. No other woman compared to her, and because of that, I haven’t been with a woman for four years, which was also the last time I saw Sabine.But I was done feeling guilty for what I desired. I wanted Sabine in my life, by my side, and I was about to make that a reality.I didn’t know if she’d ever been treated the way a female should … but I was going to show her how a real man takes care of a woman. Warning: If you’re into super short, hot, dirty reads containing a much older hero and younger heroine … keep on reading. This story is guaranteed to make you feel all warm and fuzzy inside, give you that sweet HEA we all deserve, and make you want to search out an experienced older man for yourself.

Let me see you, Sabine.”My pulse jackknifed, and I felt my throat tighten. I looked down at myself, knowing I wanted to show him, because I thought I looked nice in the dress, but I felt so nervous. I’d never felt so … pretty.“Sabine.” He said my name deeply, with a touch of authority.I reached out and grabbed the handle and, for a second, just held the little brass globe in my hand. It started to warm when I finally pulled the door open. Hugo stood just a few feet from me, this air of confidence and control surrounding him.He looked so damn good.I felt my cheeks heat even further, but prayed I didn’t look like a total twit. I didn’t want him thinking I was embarrassed by this moment or his generosity. I also didn’t want him to think I couldn’t control myself and the clear attraction I’d felt between us in the car.And God, had I felt it. I still couldn’t wrap my head around the heat that had consumed me at the way he’d looked at me. He didn’t speak for long seconds, but he was definitely appraising me.“It’s too much, isn’t it?” I felt my hands start to shake from my nerves. I was losing it, but I couldn’t stop the energy moving through me.


“Krasivitsa.”I felt butterflies take root in my belly at the way he called me beautiful. It was only one word, but it sounded like he meant so much more with it.“You’re absolutely beautiful, Sabine.”I felt my damn blush intensify. “Thank you.” I saw the woman holding up a few more dresses, but Hugo waved her off.“I love this one. I think this one will be perfect for tonight.” He looked up at me after scanning my body for several seconds. I liked that he took charge. I loved this dress, but hearing him shut any other dresses down, and telling me this was the one, made me feel very feminine … very happy that he was pleased.We didn’t speak for long seconds, and I wondered if the woman still standing in the background felt weird just watching us. Surely she could see the connection that was going on? Or maybe I was the only one that felt it?“We need some privacy,” Hugo finally said, addressing the woman. She was gone a second later. I ran my hands down the dress, but caught myself and curled my fingers into fists. Hugo took a step closer and another and another, until he was right in front of me, just a few inches separating us.I had a hard time breathing with Hugo’s scent filling my head. He glanced down at my lips, licked his own, and exhaled roughly, as if he was having just as hard a time as I was.“There are a lot of things I want to say right now, Sabine.” He still stared at my mouth.“Say them,” I whispered, not caring if anyone could hear us.“They aren’t proper,” he said and took another step closer to me, so much so that if I inhaled our chests would brush together.“I’m past proper, Hugo.” I was feeling bold, braver. “I know what happened in the car wasn’t just one sided.”He was still looking at my mouth. My heartbeat filled my head, and I grew dizzy.“No, it wasn’t just one sided.”And then he leaned in, pushed my hair aside, and said softly against the shell of my ear, “It’s always been you, and I’m tried of waiting, Sabine. I’m ready to make you mine.” 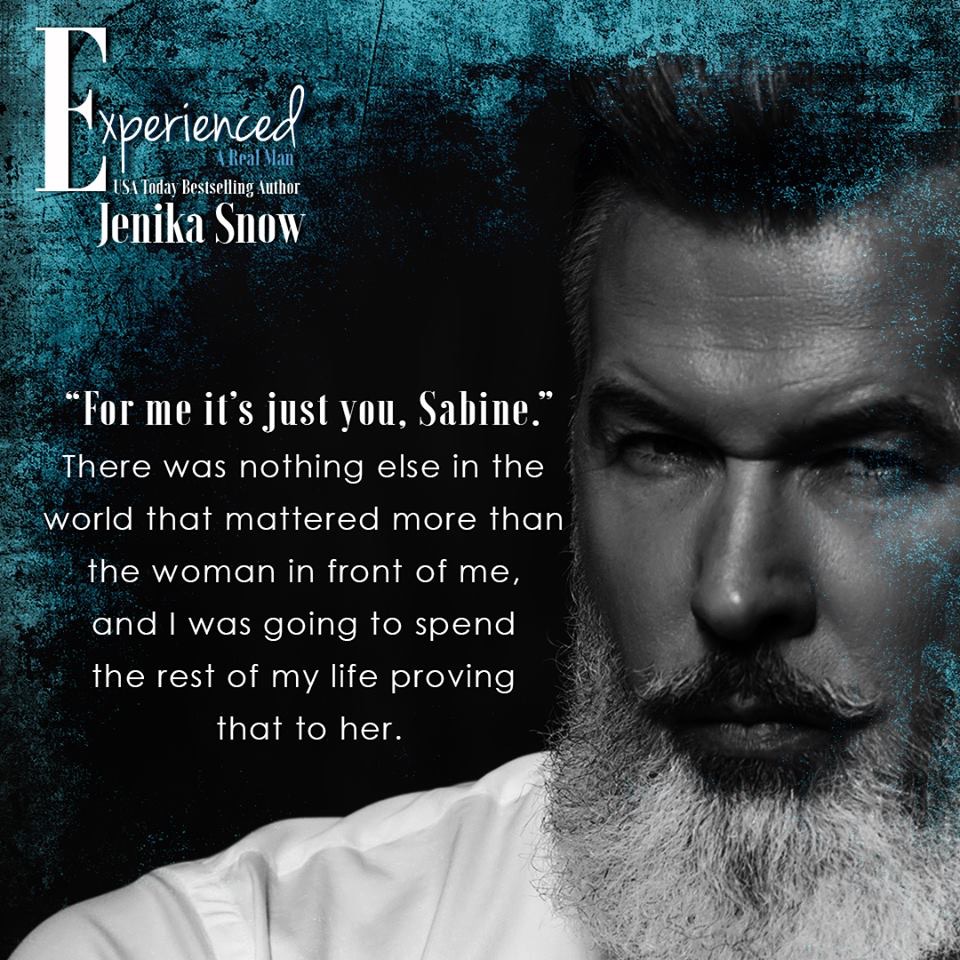 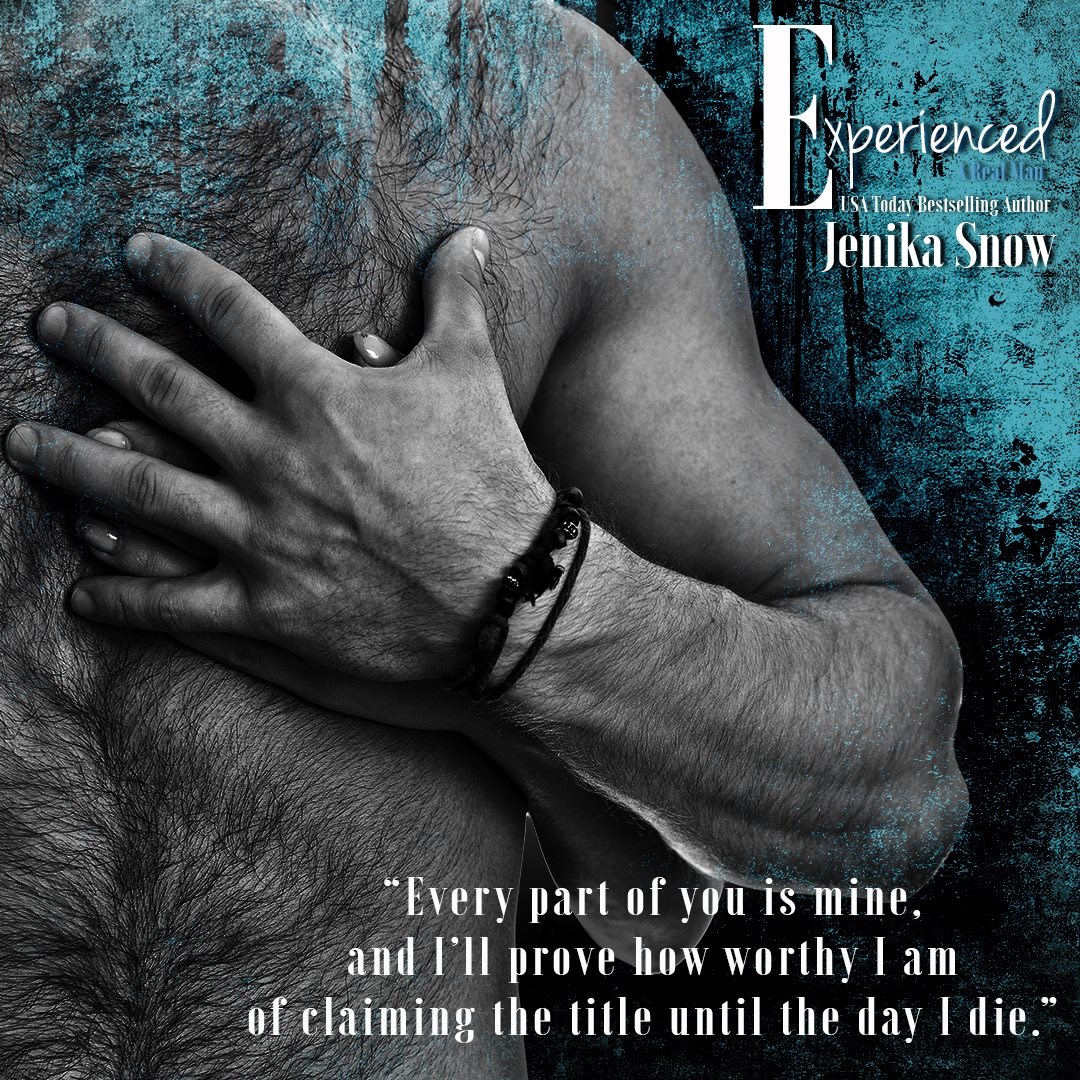 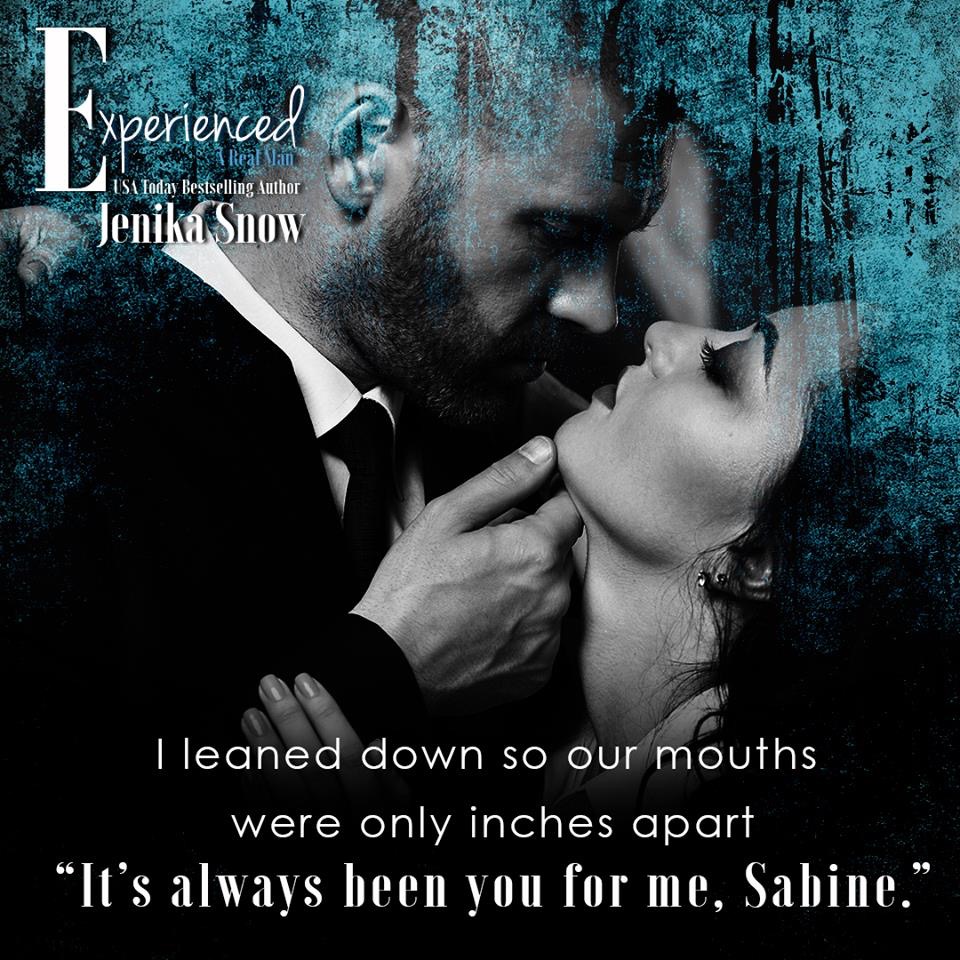