🔦Spotlight Book🔦 - His to Love (A Fireside Novel) by Stacey Lynn 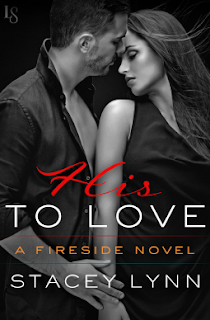 In the explosive debut of Stacey Lynn's irresistible Fireside series, a pair of estranged lovers are reunited by dangerous loyalties—and intoxicating desire.

Tyson Blackwell never saw it coming when his Mafia princess girlfriend dumped him and disappeared at the age of eighteen. He never forgot her, either, even after what happened next: the killing of his father, a Detroit PD officer, at the hands of one of her father's men. Tyson swore revenge, and now, ten years later, the kid who dreamed of a pro football career is a hard-nosed FBI agent, back in town to take down the Galecki crime family once and for all. But Tyson's mission gets complicated fast—because going undercover means seducing the only woman he's ever loved.

Gabriella “Blue” Galecki has been in hiding for a decade. She finally comes home to spend time with her terminally ill mother, only to receive a blast from the past when she runs into Tyson. His brooding eyes and electrifying touch still send chills down her spine. But as heir to the family empire, Blue has been promised to another. Caught in a web of deception, she is tempted to pull the trigger on the boldest risk she's ever taken: trusting Tyson with her life, her body, and her heart.

Fireside is available for $2.99 and can be pre-order at: 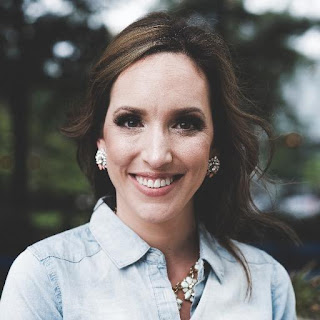 Stacey Lynn lives in the midwest with her husband and four young children. She can usually be found lost inside her own head, trying to bring her characters to life. When she's engaged in the real world, she's spending time with her family, drinking large amounts of coffee, and eating Skittles by the handful.

For more information about Stacey Lynn and her upcoming books visit: