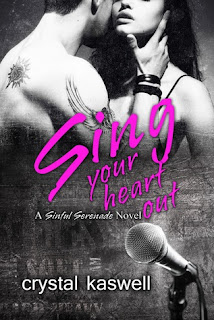 Good girls don't date rock stars. They certainly don't have rock star f-buddies.Still a virgin at 21, Meg Smart walks a straight and narrow path. She aces her classes, excels at her part time job, and carefully avoids trouble--no drinks, no drugs, and especially, no boyfriends.Rock star Miles Webb doesn't do "boyfriend". He skips over intimacy and love in favor of easy distraction--a beautiful woman under him, screaming his name.Meg is drawn to the pain in his gorgeous, tortured voice. But the man she hears on the radio is nothing like the player she meets at a mutual friend's house party. When she walks in on one of his trysts, she's embarrassed enough to die. His merciless teasing leaves her blushed and frustrated, but she's intrigued by his wit, his confidence, his casual offer to give her a night she'll never forget.Neither of them wants a relationship, so they strike up an arrangement: They'll be friends with benefits, nothing more, nothing less. There are only three rules: no secrets, no feelings, no falling in love.Only neither one of them can quite abide by the terms.***Sing Your Heart Out is a full-length, standalone new adult romance.*** 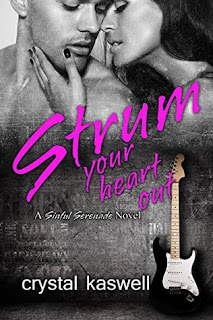 Moving in with your sexy, tattooed rock star best friend? No problem. Not if you're ready to give up eating, breathing, and sleeping...
College senior Kara Kendrick is not about to let lust ruin a good friendship. Yes, her rock star guitarist best friend Drew Denton is stubborn, guarded, and quick to threaten violence on anyone who hurts her. He's also trustworthy, protective, and several degrees hotter than the sun.
When Kara gets kicked out of her apartment, Drew insists she move in with him. But her crush isn't quite so manageable with him sweating through his push-ups. Or stepping out of the shower clad in only a towel. Or tackling her on the bed, tickling her to make her confess.
There's no way they can be together. Not if she wants to keep her secrets. No matter how much her body begs her to throw herself on his bed, no matter how desperately she wants to rip off his v-neck and rake her hands over his defined torso, Kara is staying just friends with Drew.
Until she's not. Until they're kissing and touching and about to do something that will change their friendship forever.
***Strum Your Heart Out is a full length, standalone new adult romance with a friends to lovers theme.***

Crystal Kaswell writes scorching hot new adult romance. When she isn't writing, she is chain drinking tea, binge watching Law and Order, practicing yoga, or debating which fictional character would be the best in bed. She lives in Portland, OR with her husband.
Sign up for her mailing list to get exclusive bonuses like deleted and alternate POV scenes http://www.crystalkaswell.com/subscribe/
book recommendation crystal kaswell friends to lovers rock stars sinful serenade series virgin